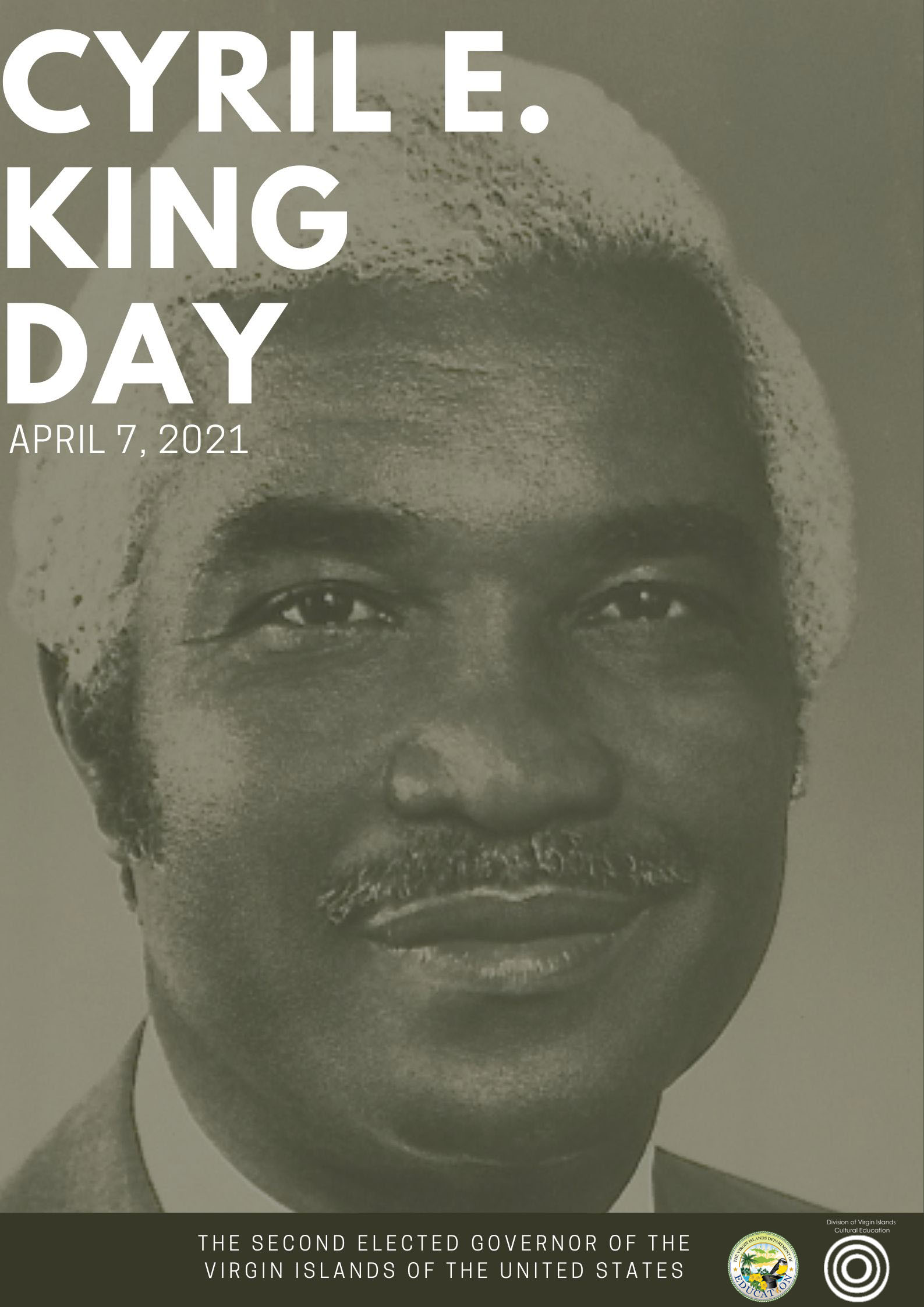 A native Crucian, King was appointed as an aide to Senator Hubert Humphrey in 1949.  Senator Humphrey later became the 38th Vice President of the United States from 1965 to 1969.  King served as the first African American in the office of a U.S. senator.  In 1971, President Kennedy appointed King as the Virgin Islands government secretary, a post equivalent to that of the lieutenant governor’s position.

To further honor King's contributions to the Virgin Islands, the legislature renamed the Harry S. Truman Airport on St. Thomas the Cyril E. King Airport in 1984.