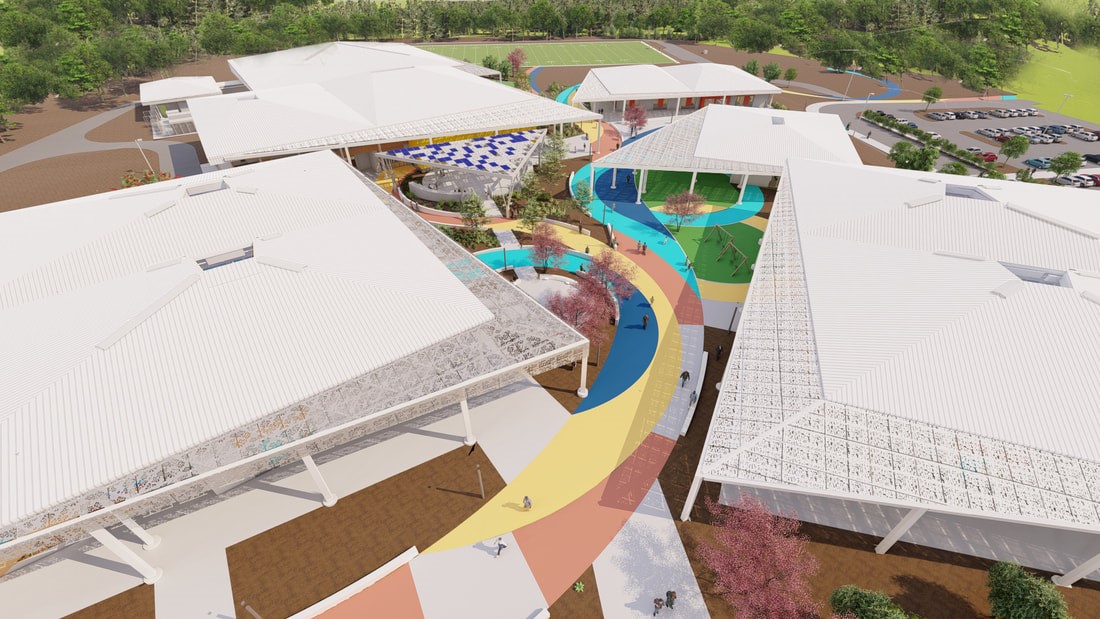 Site Will be Used for Rebuilding of Arthur A. Richards School

ST. CROIX, USVI – In a joint press conference on Wednesday, August 17, the Virgin Islands Department of Education (VIDE) and the Office of Disaster Recovery (ODR) announced that demolition of the Evelyn M. Williams Elementary School will begin next week, and the site will be used for the rebuilding of Arthur A. Richards PreK-8 School.

The new Arthur A. Richards School will serve students from prekindergarten through eighth grade, and the total cost for the demolition and rebuilding is about $162 million, which was obligated in January 2022, with a project completion time of about two years.

Education Commissioner Nominee Dr. Dionne Wells-Hedrington said the project marks the first school demolition and rebuild in the Territory of the facilities that were destroyed by the 2017 hurricanes.

“I am excited because today is a great day for VIDE. I’ve had several conversations in the past with Director Octalien about the fact that projects are not moving as fast as we would like to see,” Dr. Wells-Hedrington said. “I am happy to be here to kick off the demolition of our first rebuild in the Territory. We have taken a long time to get here, but I want to assure the community that this is just the beginning of many activities such as this for VIDE.”

The Commissioner Nominee said it is no secret that the schools and other education facilities are aged and there needs to be extensive repairs and replacements in some cases.

“So, for us to be here today speaks volumes of the work and dedication of the Virgin Islands Department of Education,” Dr. Wells-Hedrington said. “We are kicking this off today on the big island, and we will be doing the same on St. Thomas and St. John. This is a priority for me and this is a priority for the Administration, and we will continue our efforts to push forward to make sure it’s a reality.”

ODR Director Adrienne Williams-Octalien said the day marked the beginning of the end of the long process required to secure federal disaster funding to rebuild the school, and she thanked the Federal Emergency Management Agency (FEMA) for their efforts to get to this point.

“Anyone who has been tracking the recovery of our schools knows that it has been an arduous task to actually get to the point where we can begin to rebuild our first school,” Director Williams-Octalien said. “We have gone through a lot changes, disagreements and negotiations with FEMA to get the funding for the first school, and the Arthur A. Richards School has been deemed the first school that will be rebuilt to industry standards. Industry standards means that it will rival any school on the mainland with the opportunities that we will have here for the children of the Virgin Islands.”

The Director said this first school will be the foundation for the rebuilding of other schools on St. Thomas and St. John.

John Thompson, of Eleven Construction, is the project manager for the demolition, which he said is set to begin Monday and is expected to take about four months for completion.

“We’ve got lots of environmental controls in place to protect the neighborhood to make sure you guys are safe and we’re not distributing too much dust around or tracking mud around,” Mr. Thompson said.

A design and build contract currently is being negotiated with a local architect for the new facility that will replace the elementary school, and who will finalize the design and secure the permits needed to begin construction, which is scheduled to begin immediately following the demolition.

To learn more about the plan to build and modernize schools in the USVI, visit www.newschoolsvide.com.