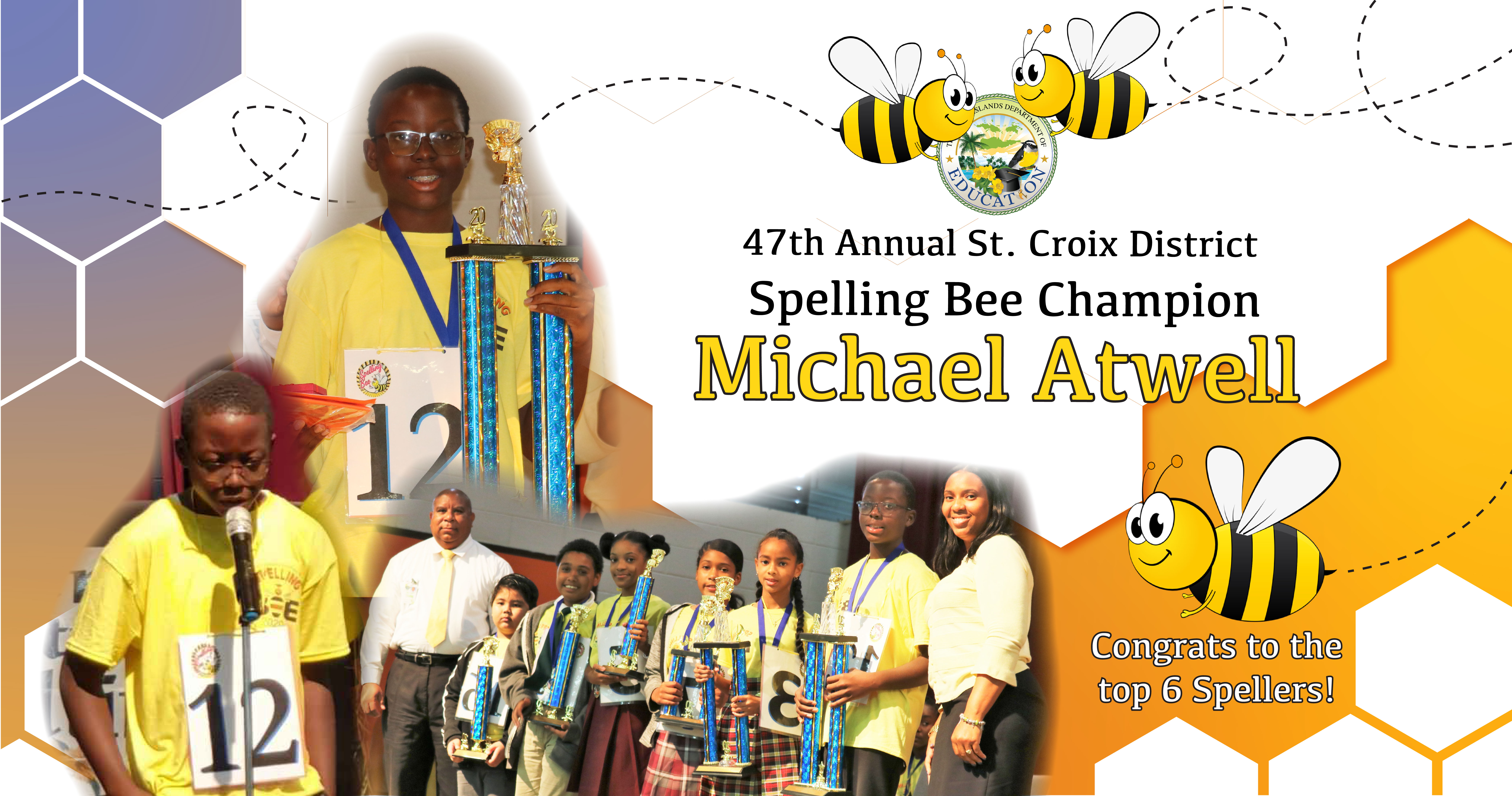 The annual spelling competitions bring together the districts’ top spellers from public, private and parochial schools to compete for a spot in the Territorial Spelling Bee, and the ultimate chance to represent the Virgin Islands at the Scripps National Spelling Bee in Maryland in May. 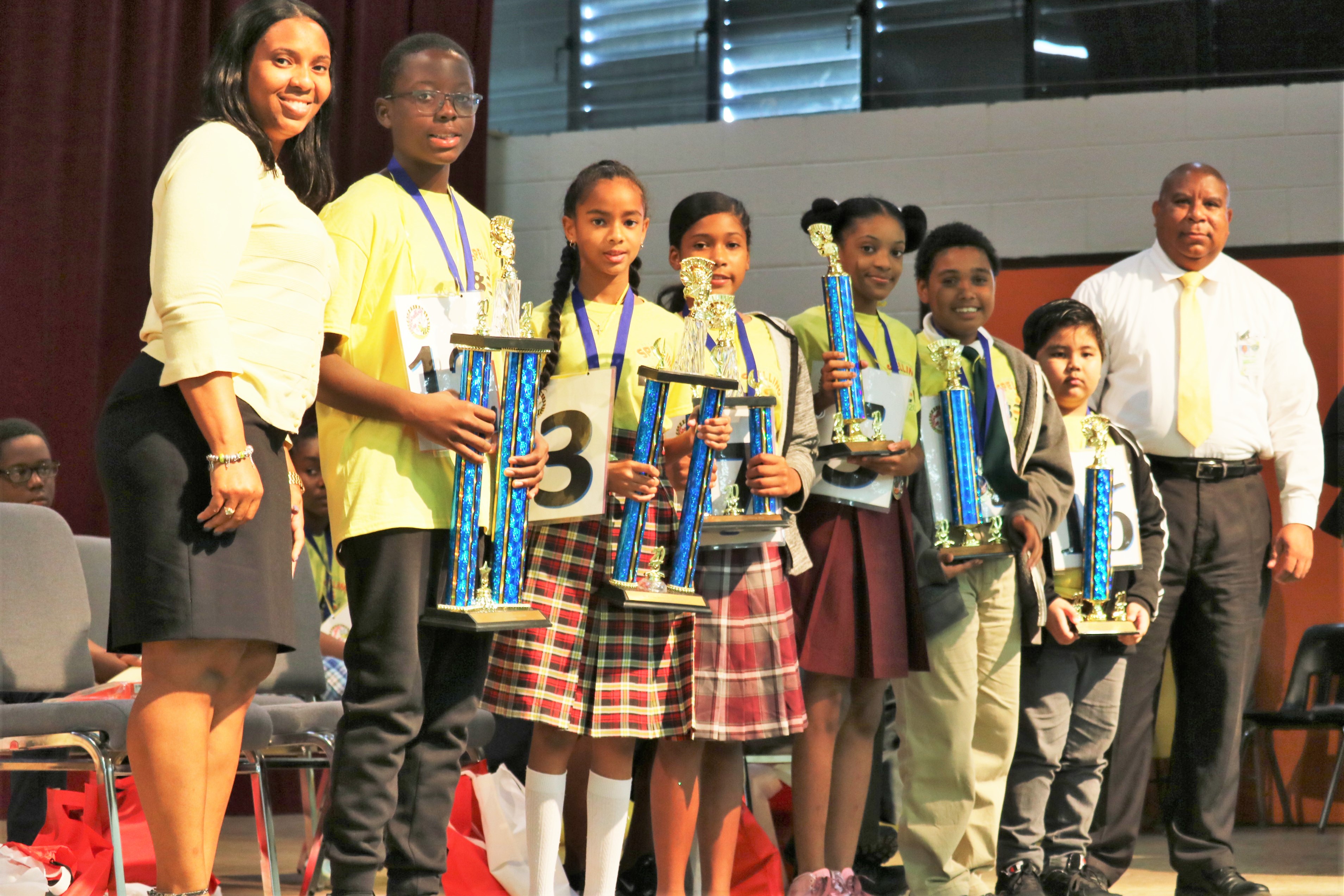 Now in its 47th year, the St. Croix District Spelling Bee enjoyed participation from 16 spellers and lasted nine rounds. Spellers appeared to breeze through Round 1, mastering words such as glimmer, nachos and theme, among others.

In Rounds 2 and 3, most words were mastered, but three students were eliminated from the competition on the words boycott, dawdleand colic.

Following the elimination of 11 other students in Rounds 4-7 on the words bestow, centipede, skedaddle, hurriedly, infatuation, cuckoo, gossamer, installation, rudiments, cemetery, and nuance, Atwell and Blackwood were the only remaining in Round 8. Blackwood lost the round to Atwell on the word foosball, with Atwell winning the district championship after correctly spellingdisproportionate at the start of Round 9.

Atwell said his strategy is clear when it comes to winning. “I study, look at the word and get it in my mind,” he said, adding, “having confidence is really good because if you second-guess yourself, that’s not good. It’s a mix between confidence and being calm” that can be attributed to winning. 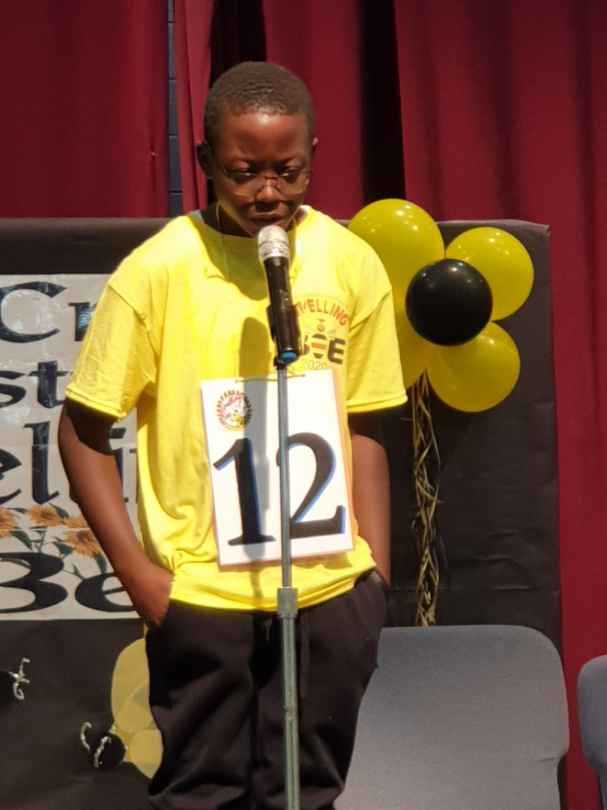 Atwell also said that being an avid reader helps him prepare for the spelling contest. He credited his mother, Deandre Atwell, for pushing him to “learn more words” and who has served as his coach since his first Spelling Bee in fifth grade. He thanked his teacher, Adrian Taylor, for her support. Atwell represented the Virgin Islands on the national stage at the 2019 Scripps National Spelling Bee and hopes to do it again this year.

“It’s really good when I apply myself because I can win things like the Spelling Bee,” he said. “Not many people can say they’ve won their district spelling bee two years in a row, and I think that’s awesome.”

Mrs. Atwell expressed pride in her son’s success. “He kept saying, ‘Mom, it’s not if I win, it’s when I win’,” she explained. She went on to say that Michael “studied hard and prove that once you study hard you will get the best results. Your input always determines your output.”

Eunice Bedminster, executive editor at the Virgin Islands Daily News, which has sponsored the Territorial Spelling Bee since 1985, praised students for their achievement.

“Congratulations to Michael Atwell, who has won his second straight district championship and was last year’s winner of the territorial contest,” she said. “Congratulations to all participants as the fact that you’re here speaks volumes.”

Of her organization’s sponsorship, she added, “We are honored to do so, not only as part of our corporate sponsorship, but because we recognize such competitions build character, and increases students’ knowledge and chance at success.”

Bee participants in both districts were awarded a host of prizes, including books, dictionaries, thesauruses, and gift bags from various educational organizations. Top winners also received trophies and electronic items. 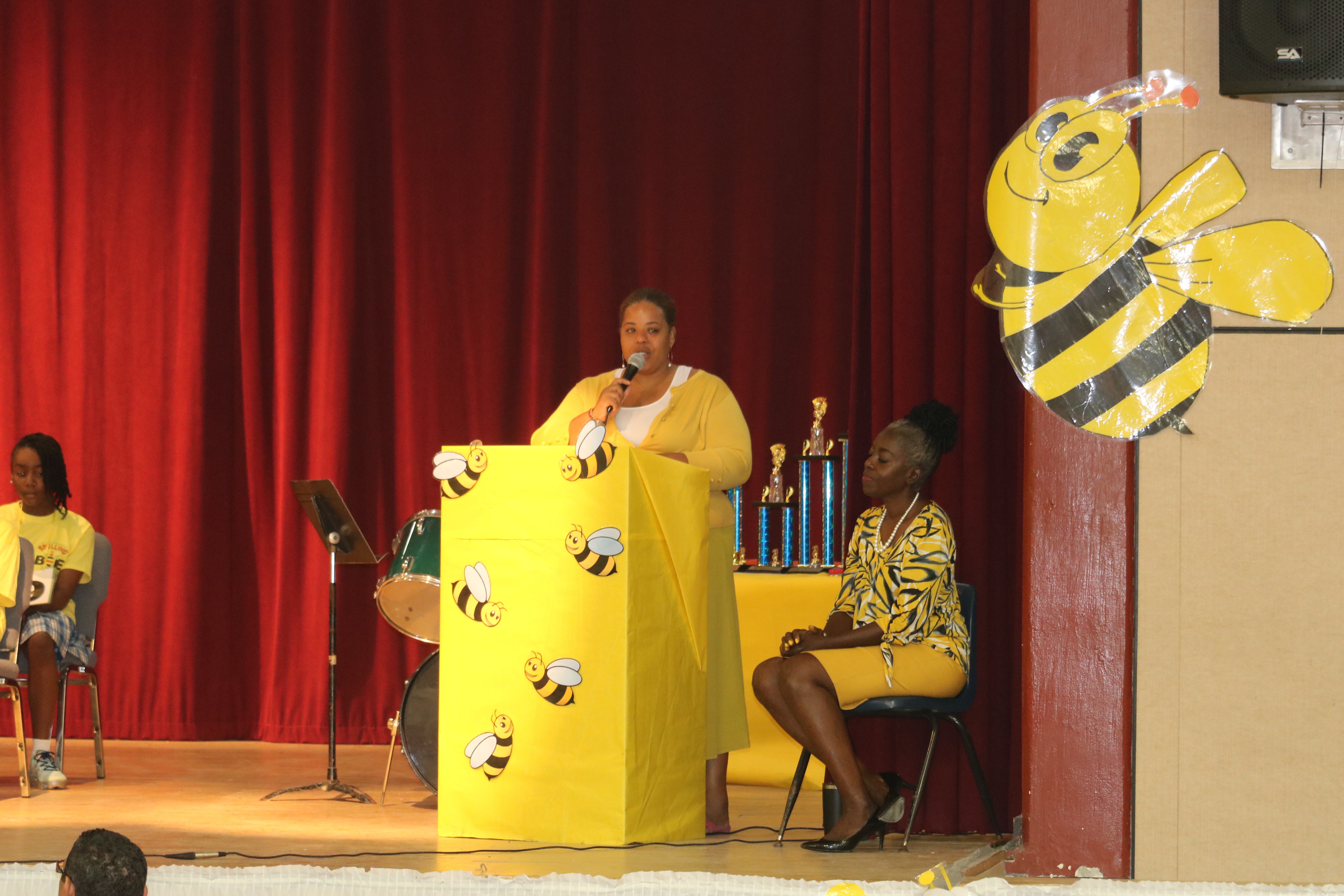 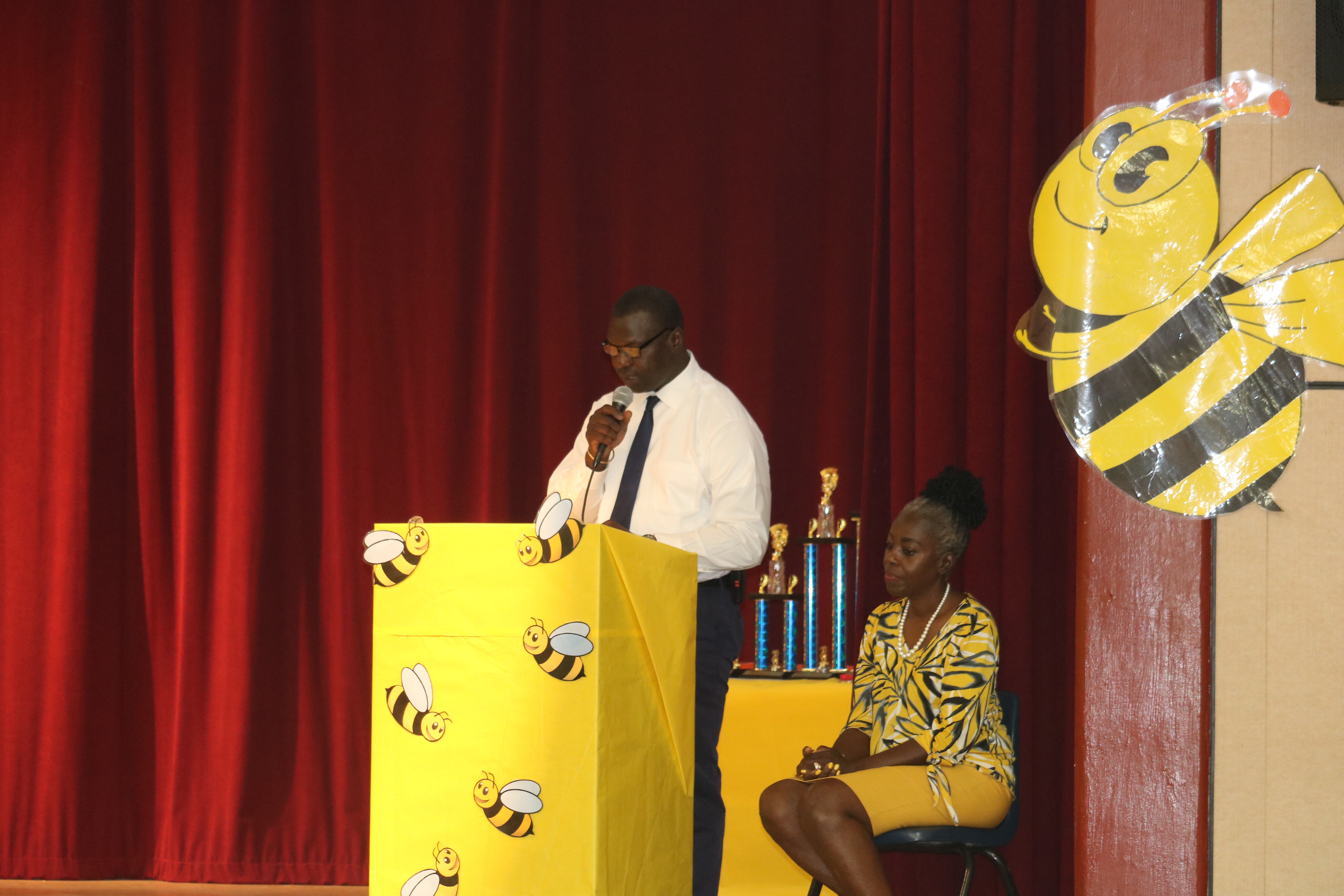 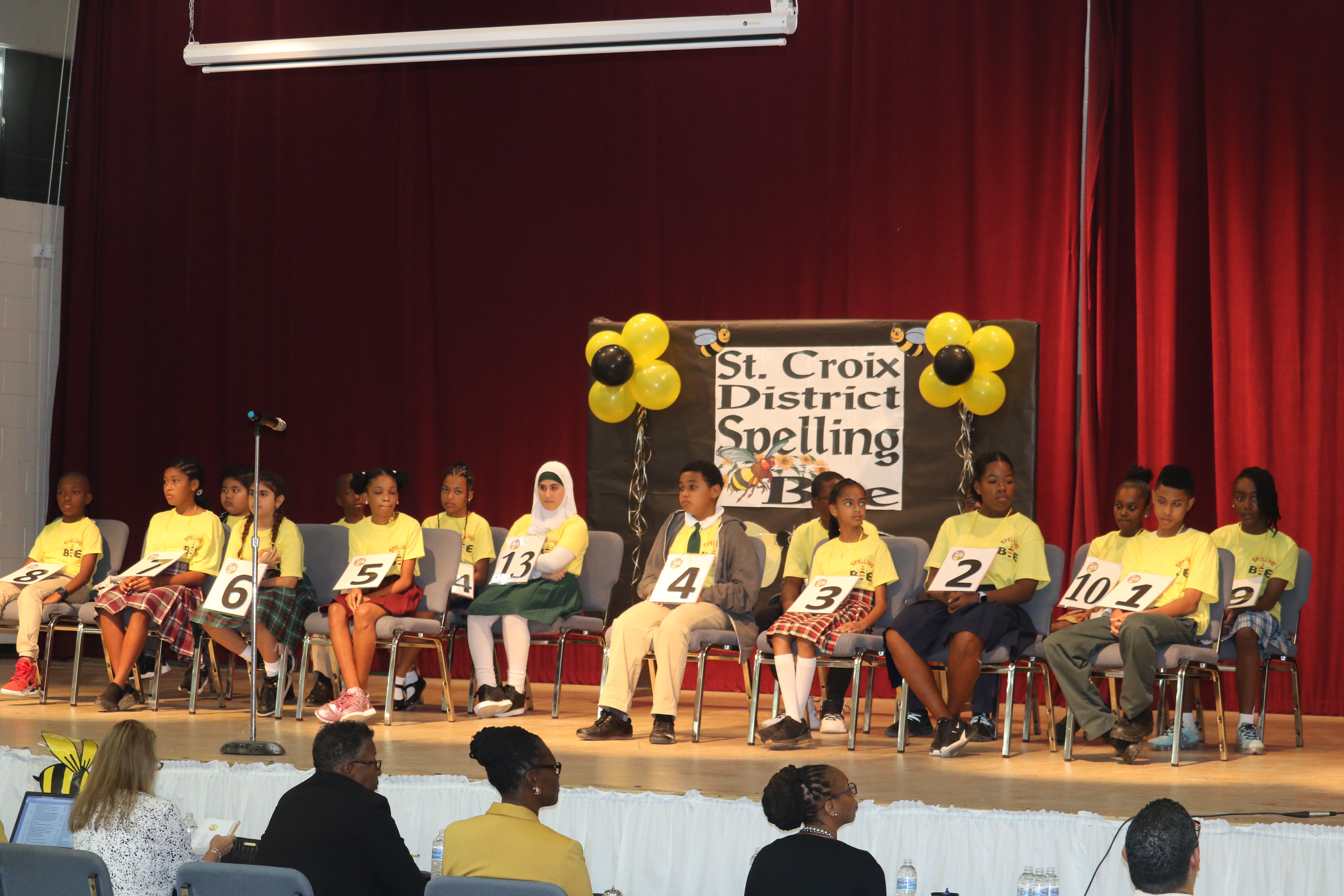 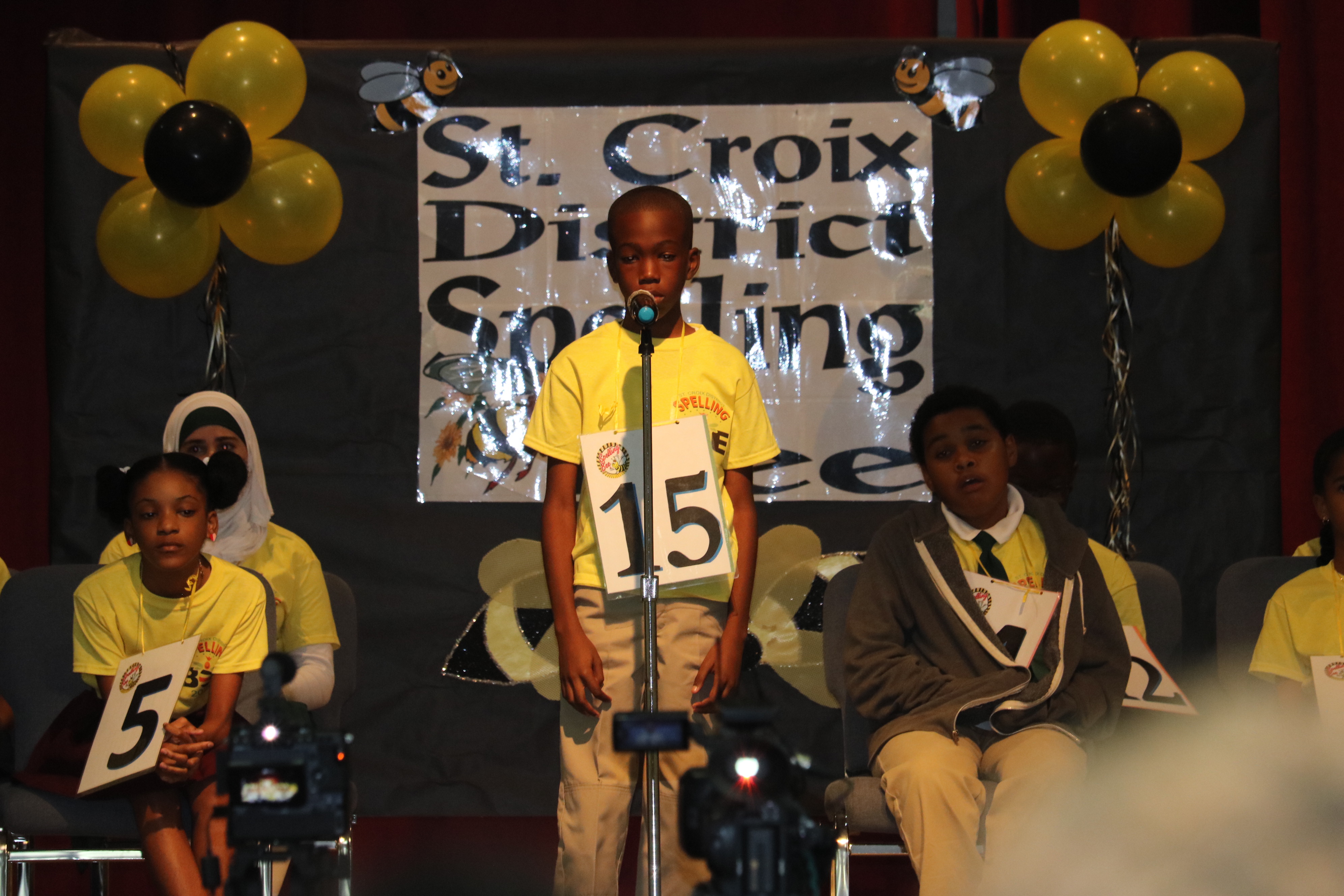 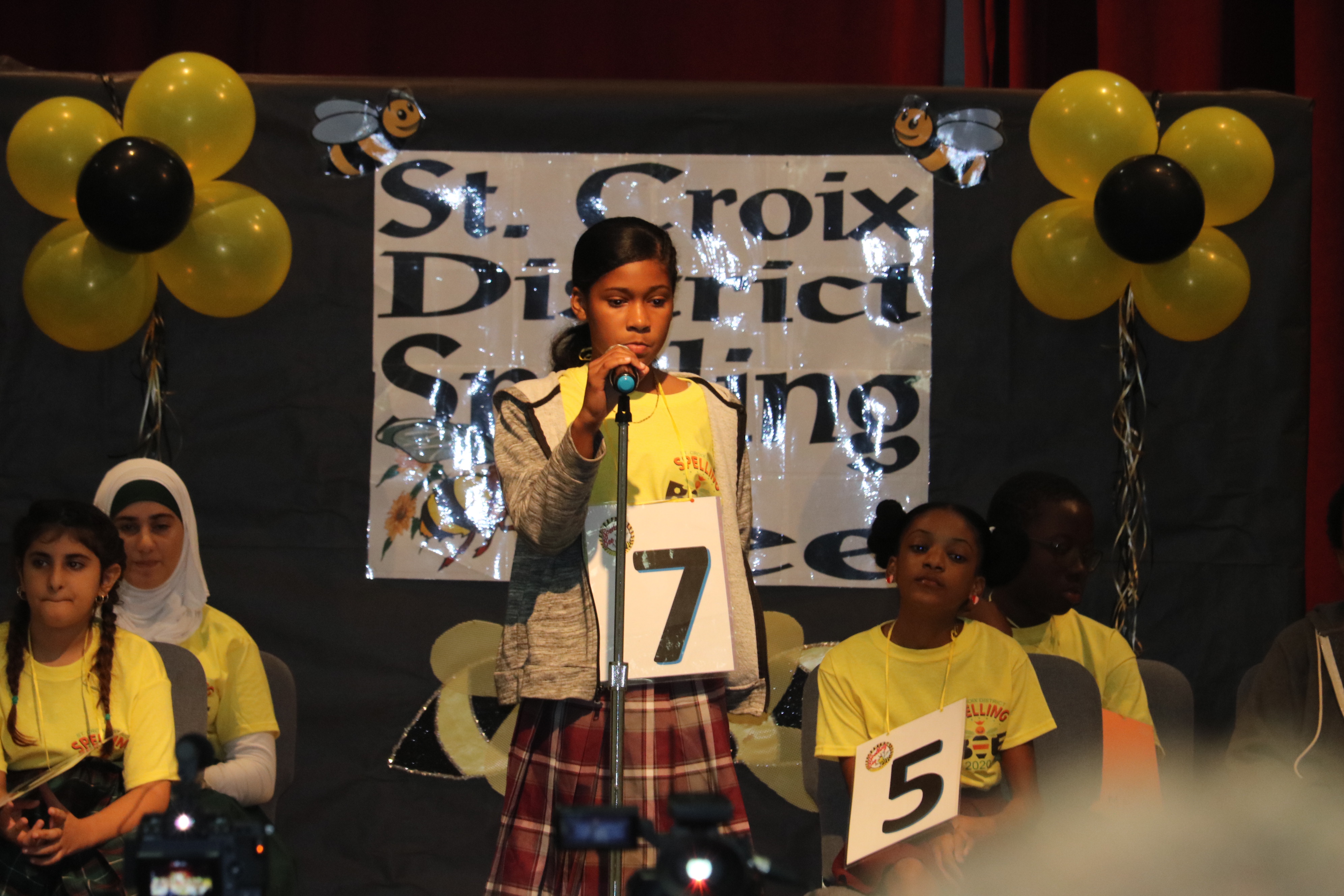 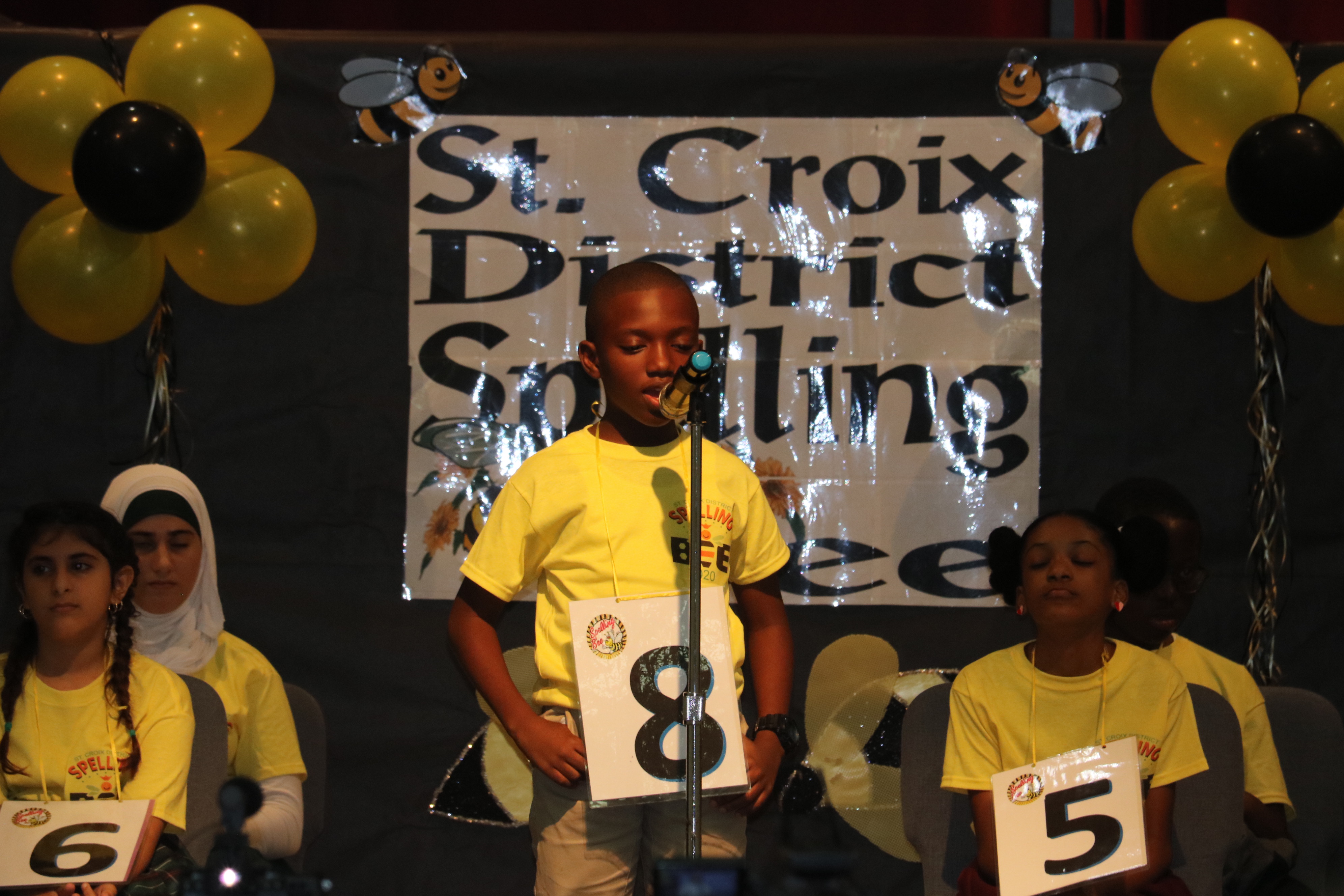 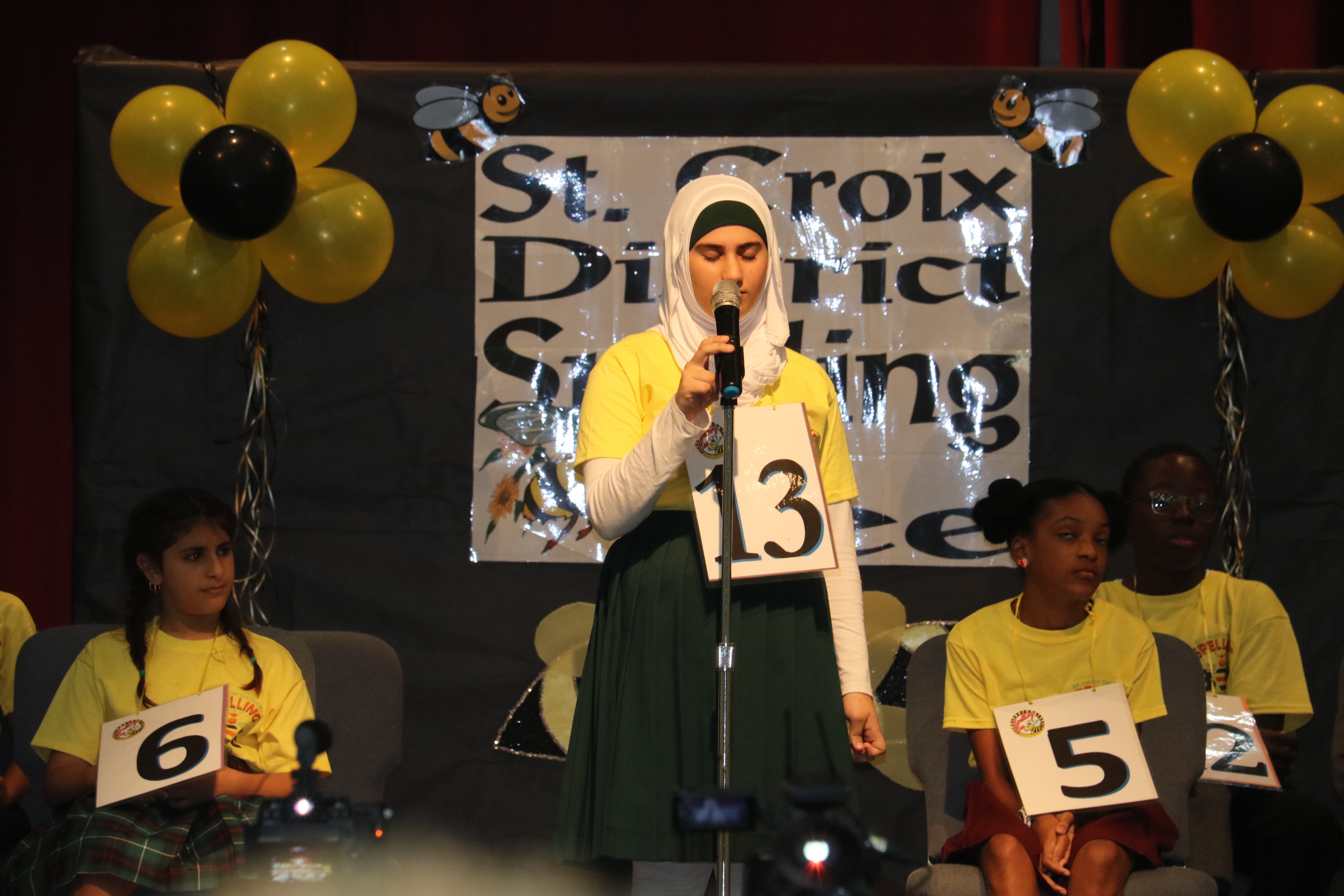 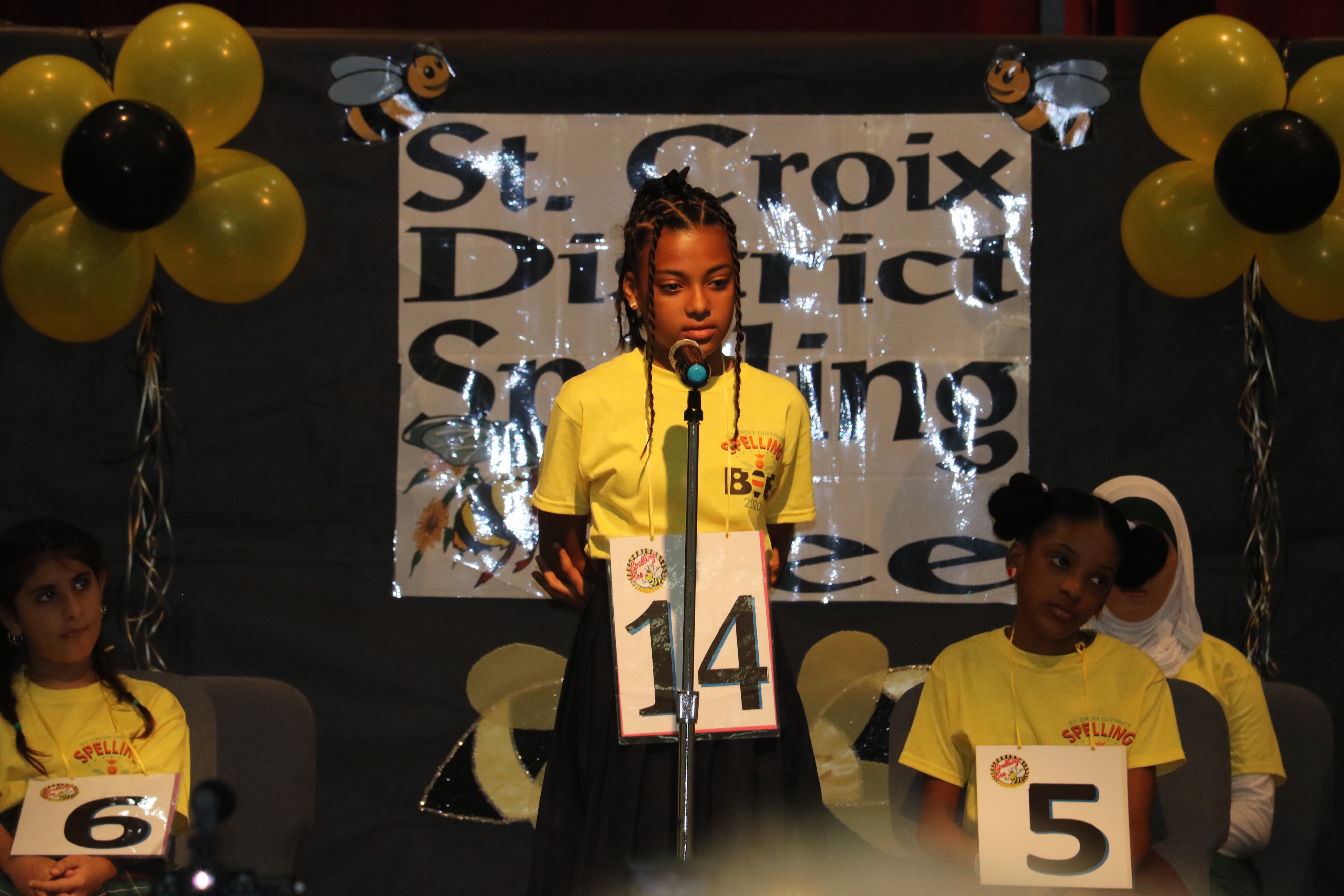 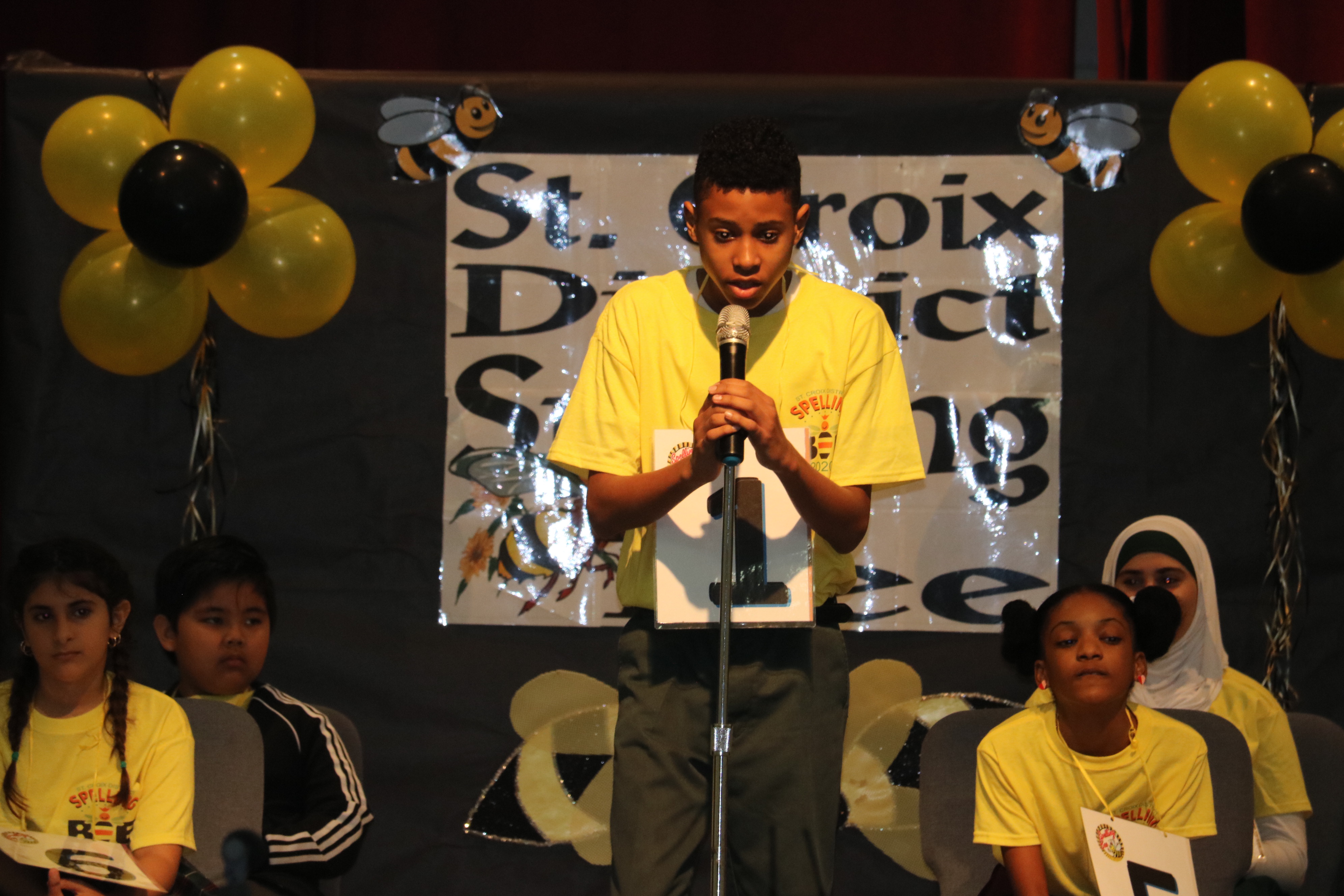 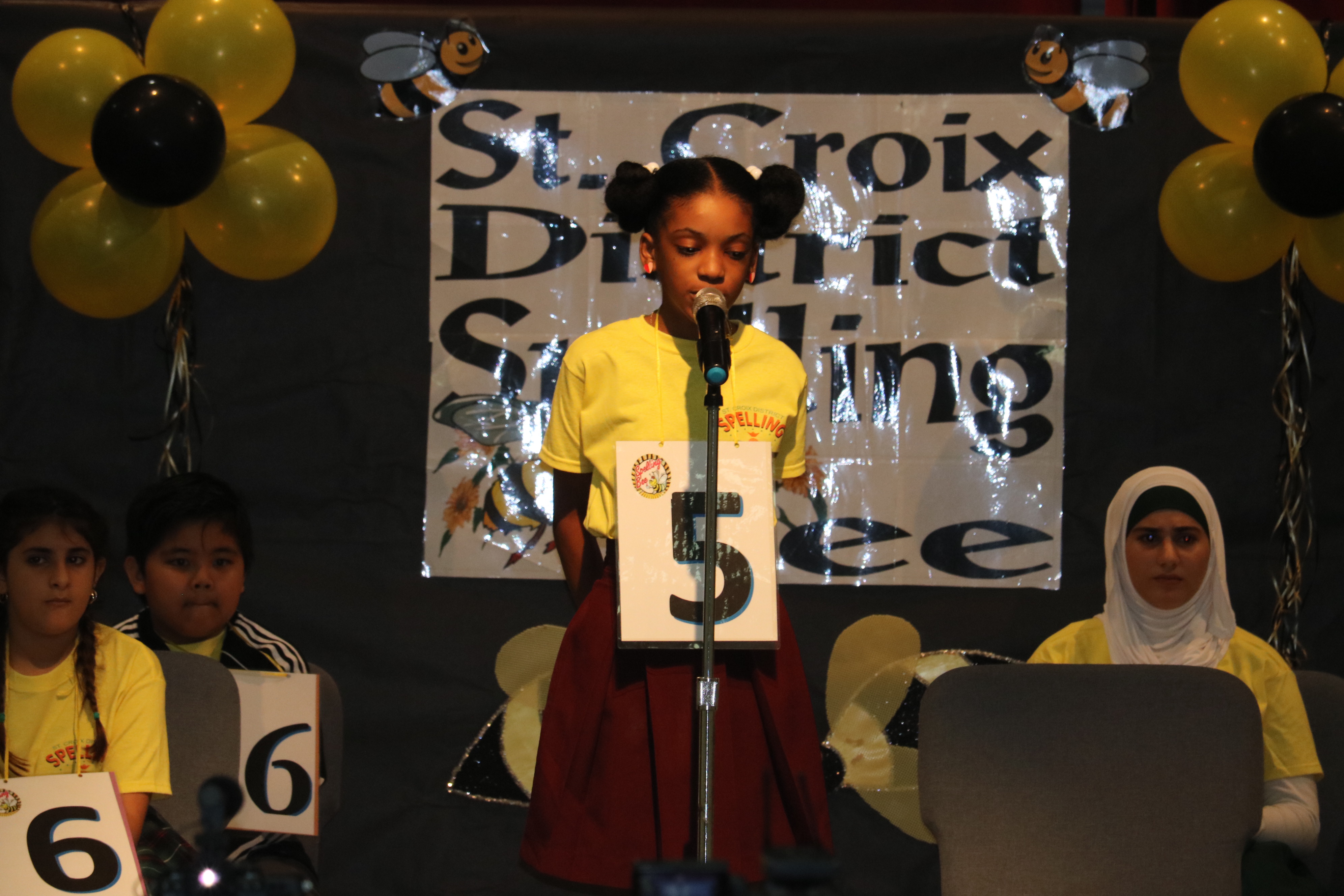 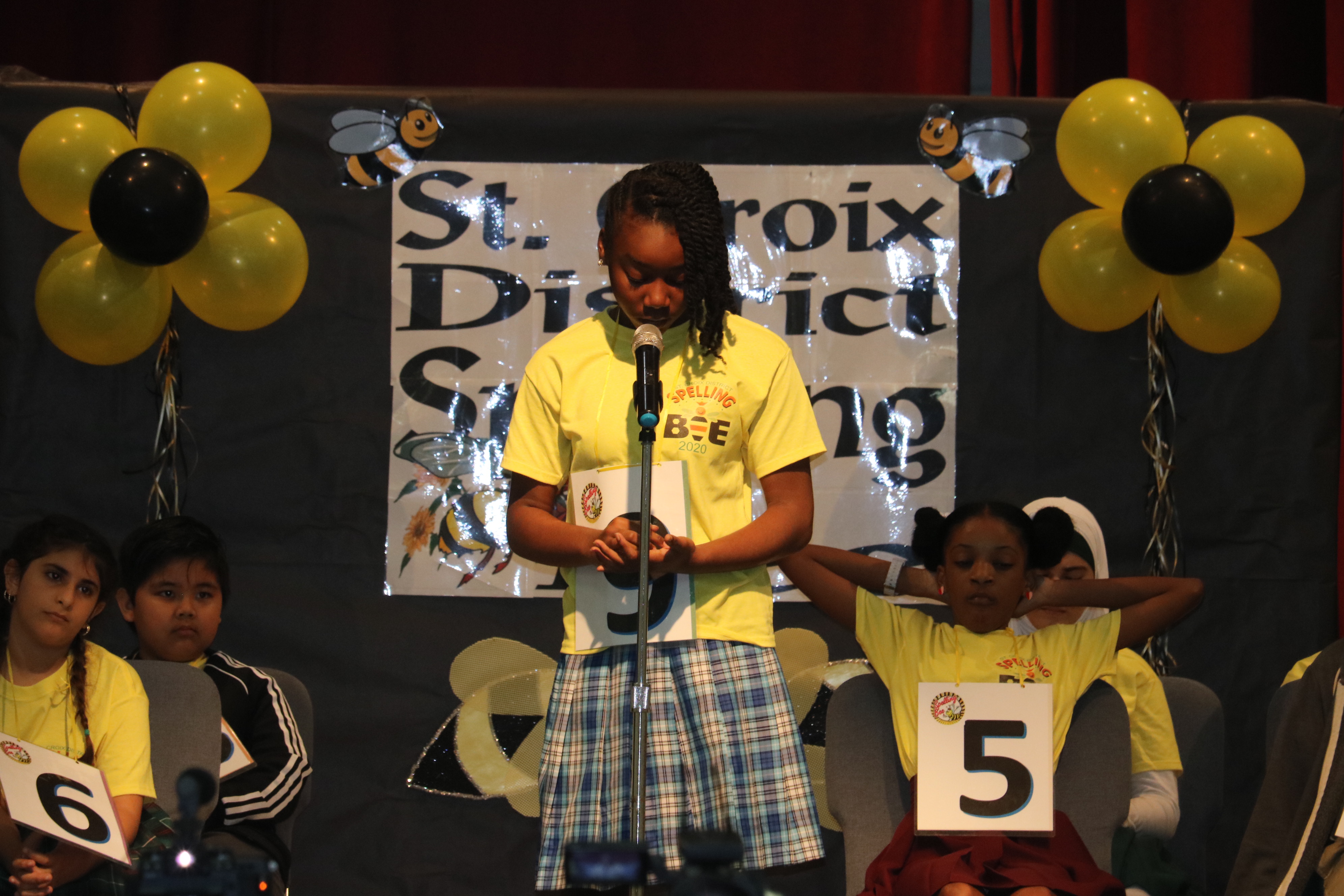 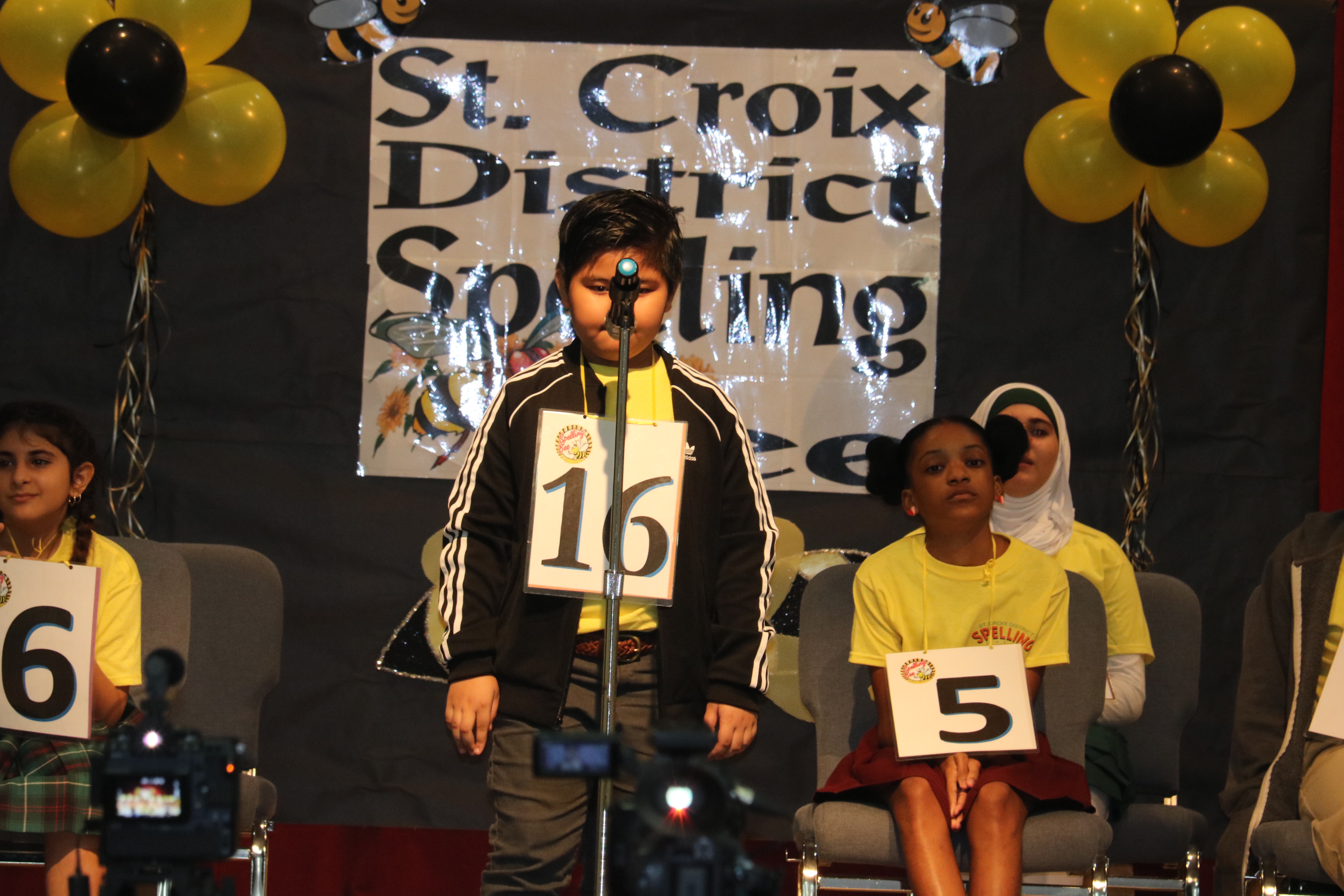 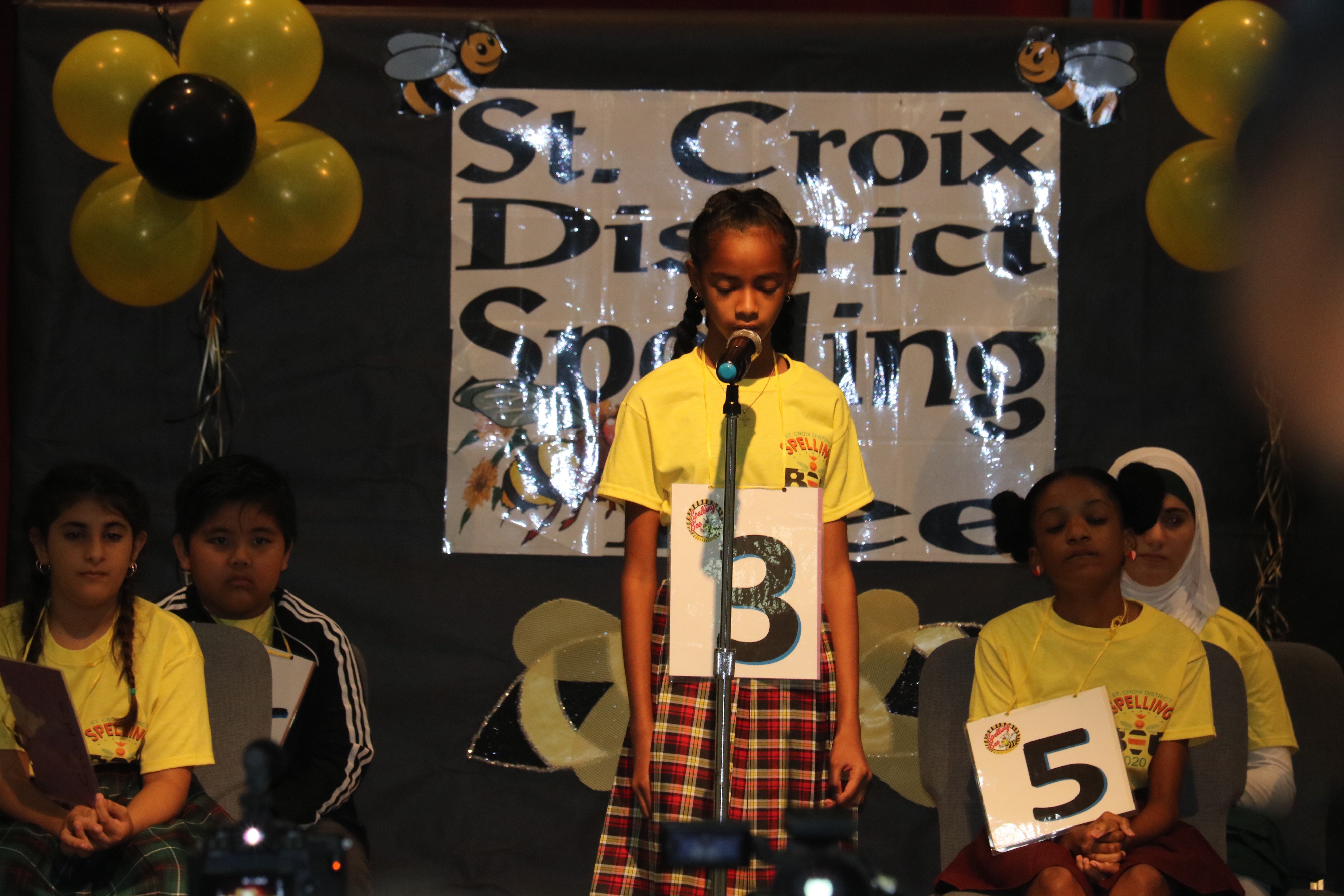 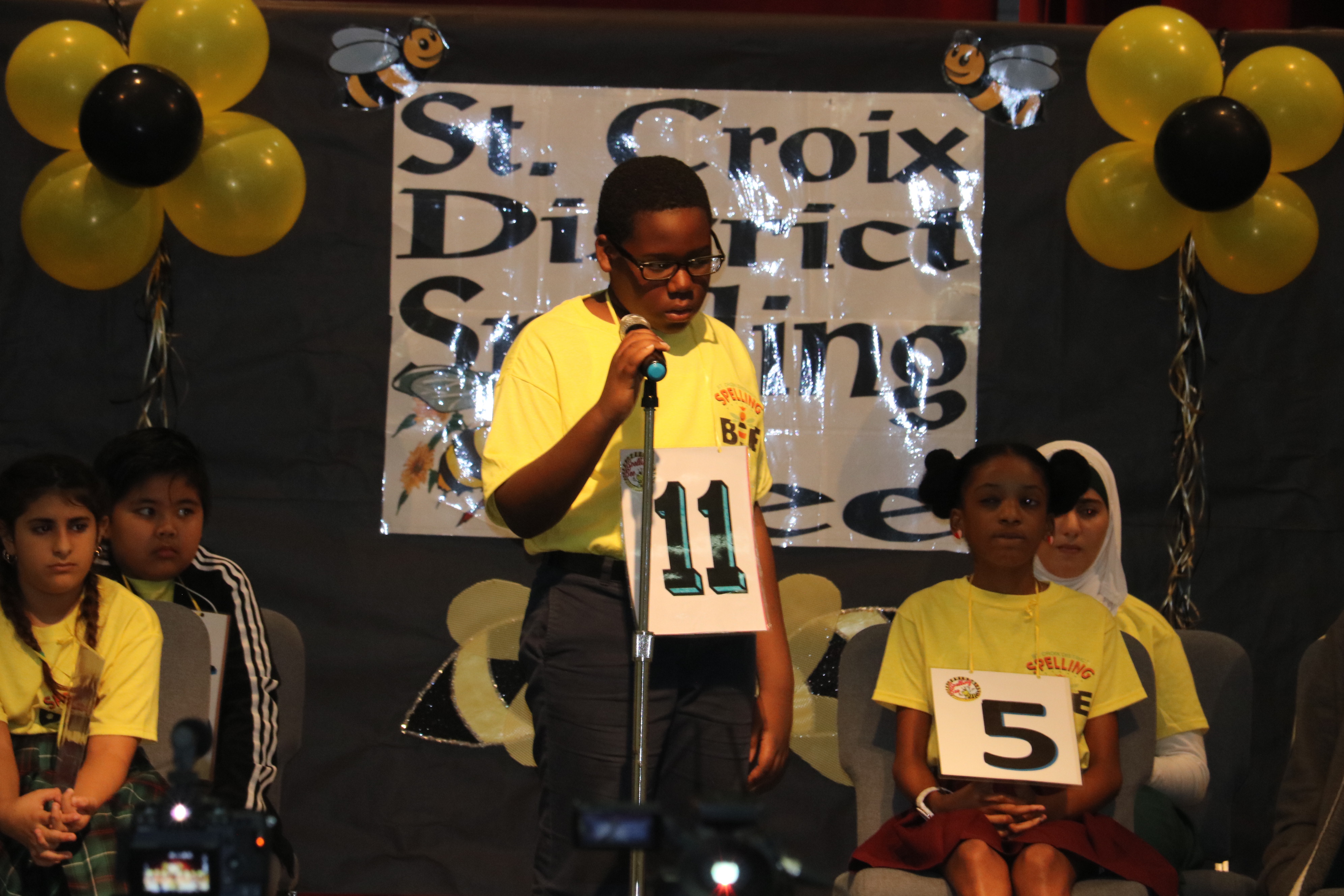 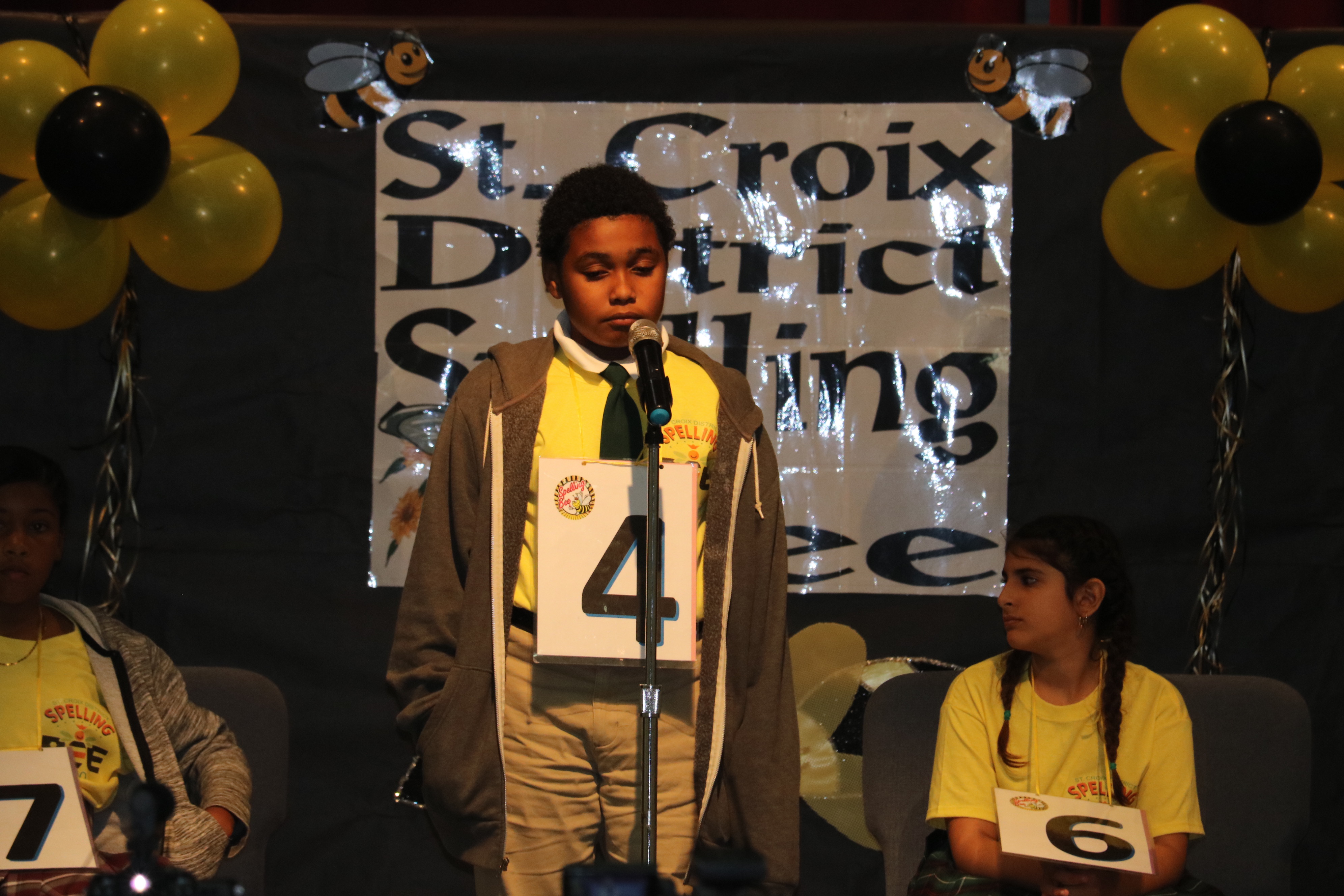 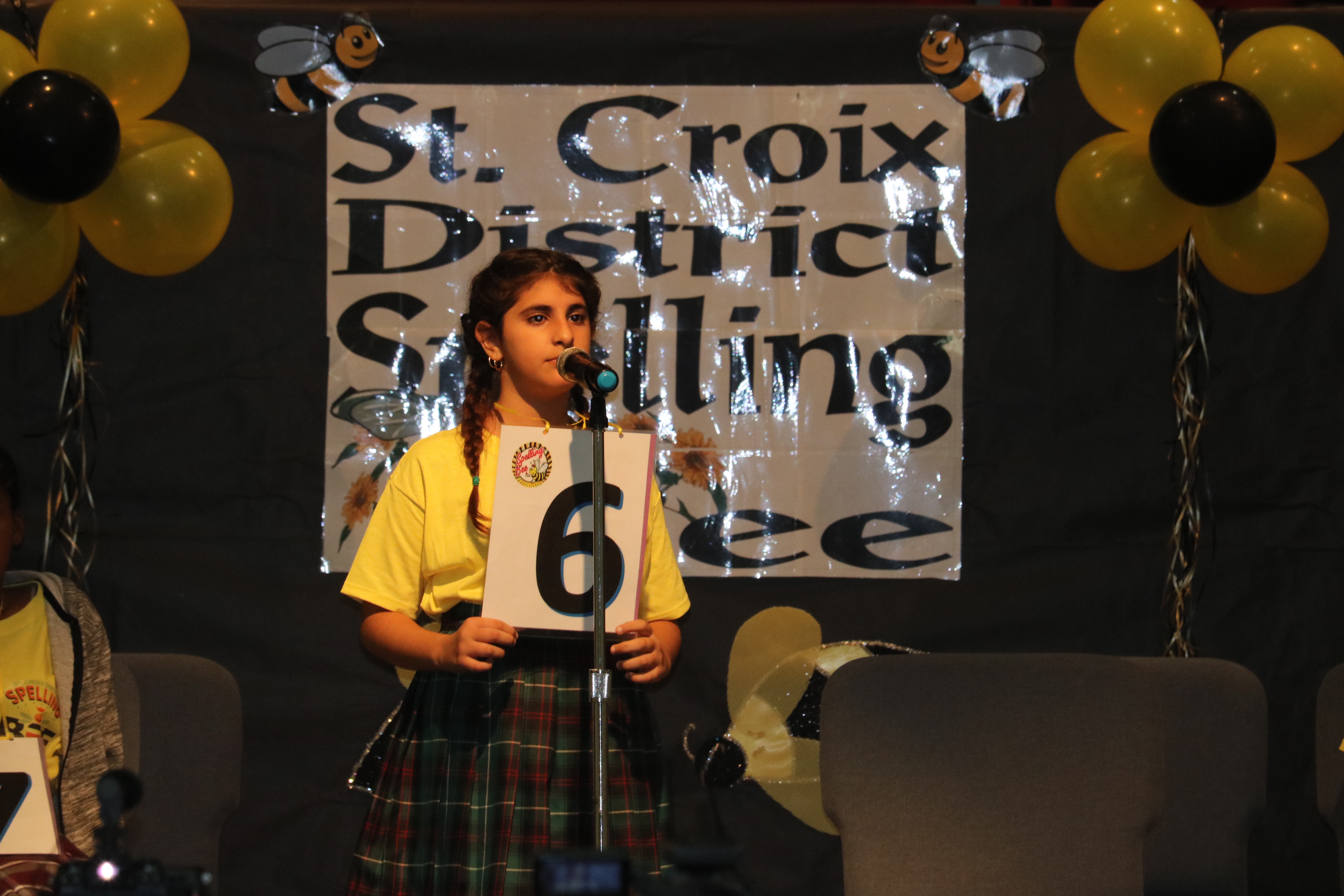 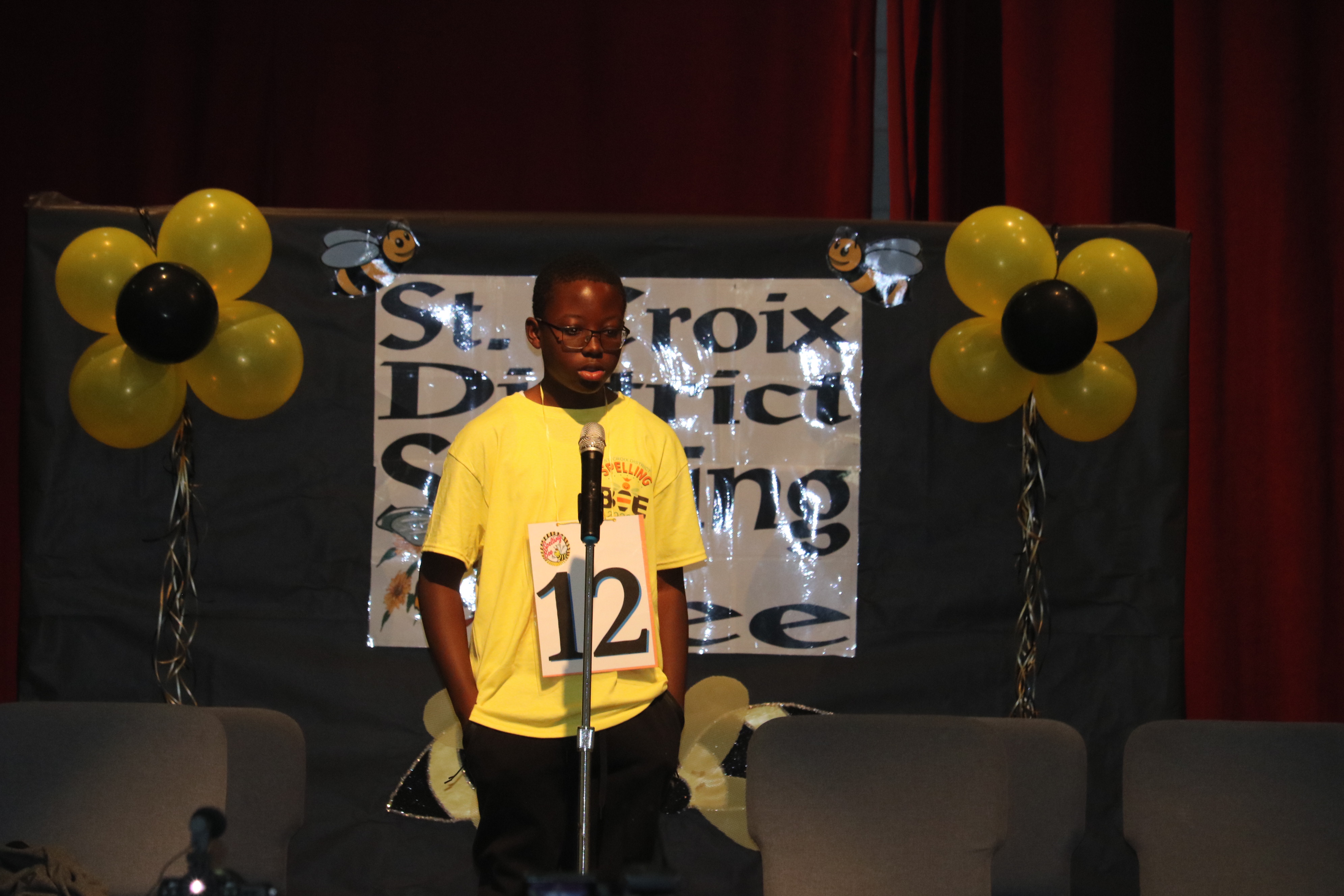 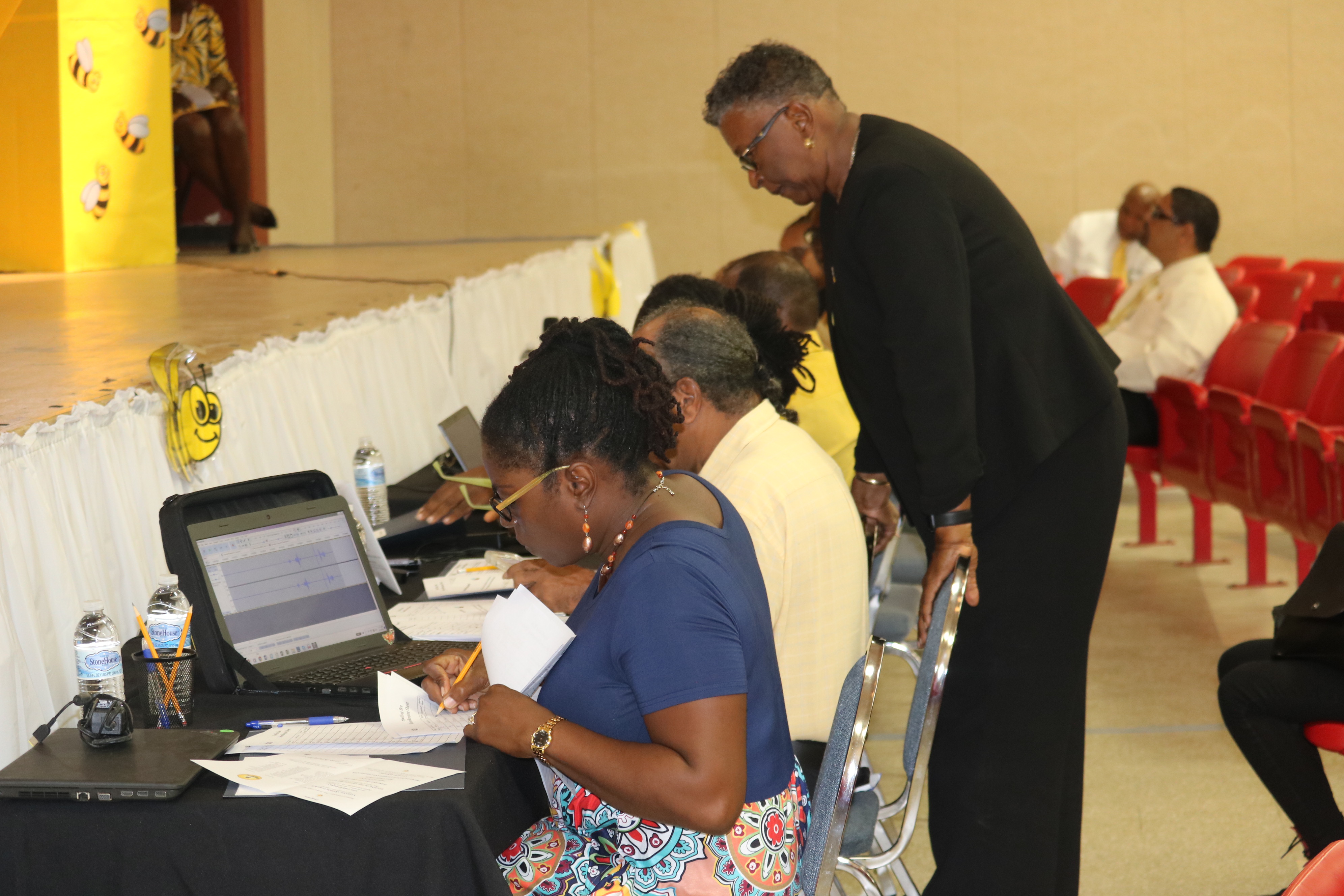