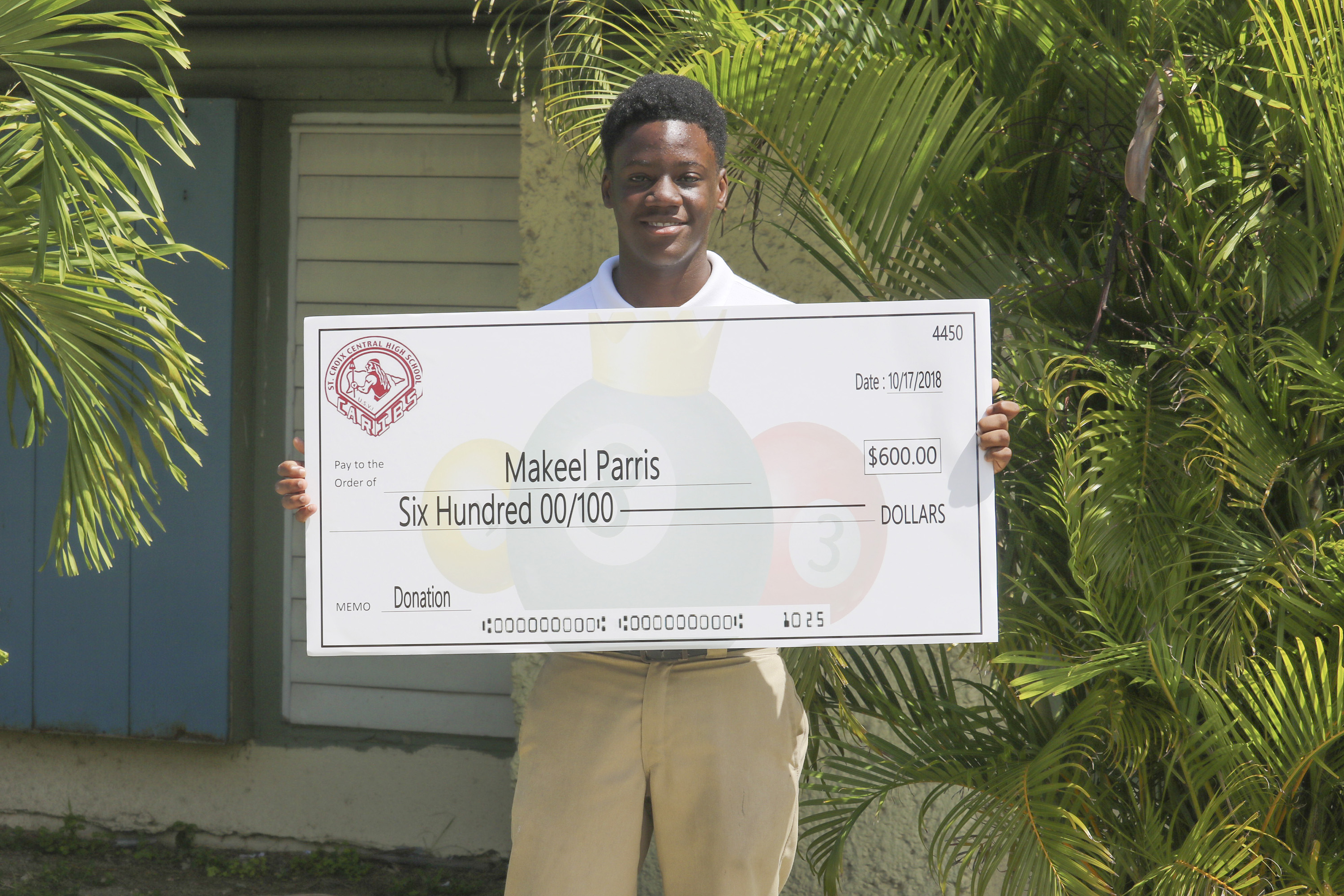 Mahkeal Parris, a 16-year-old junior at St. Croix Central High School, is headed to Moscow, Russia to compete in the 2018 World 9-Ball Championship Juniors on October 31.

“What we do as a school and this principal, we support our students, whether it’s academics, whether it’s sports or extra-curricular activities, we are there for our students,” said Principal Carlos McGregor. “When we found out that Mahkeal has earned a spot on the United States team to go to Russia, we knew we had to step in and help.” 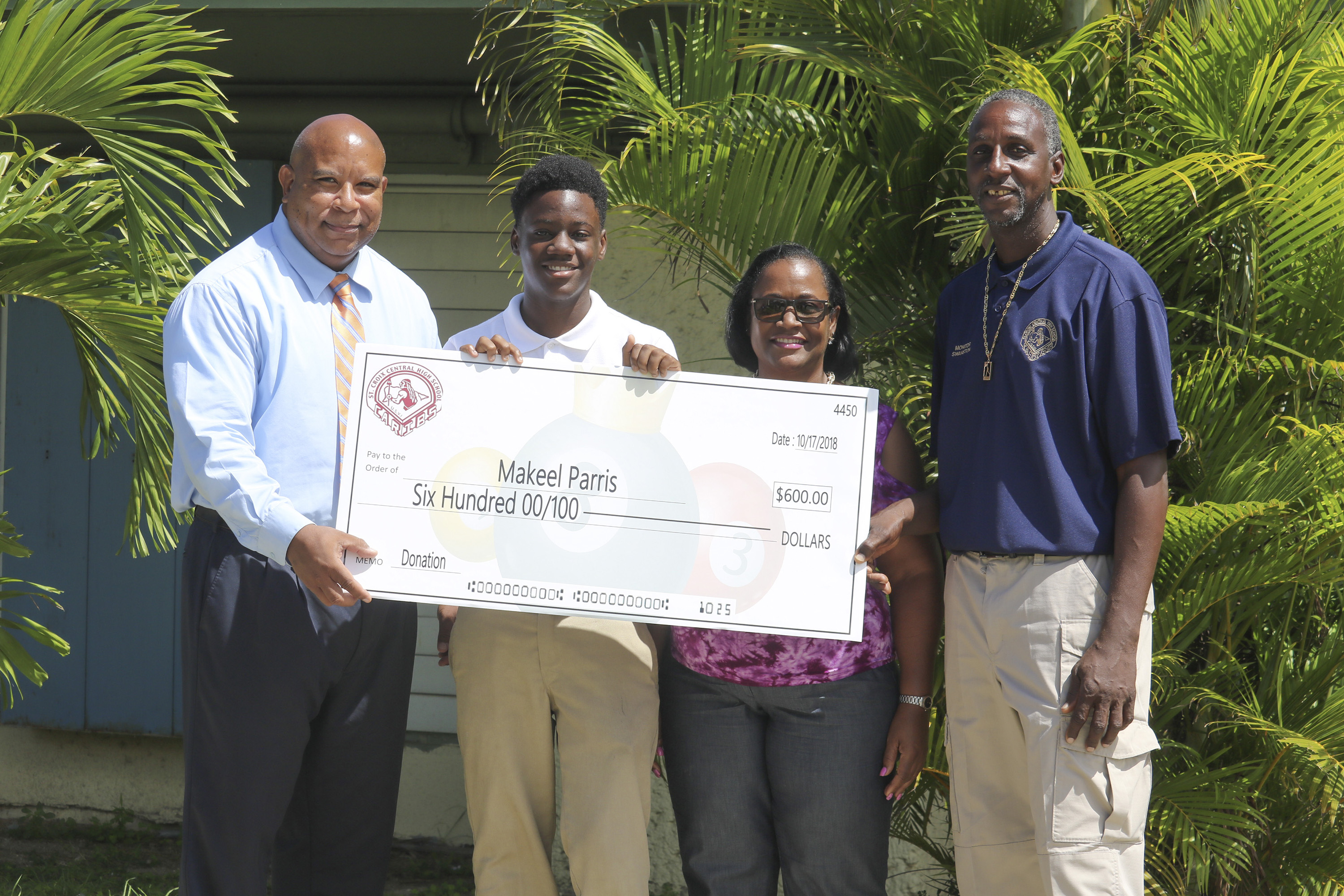 McGregor expressed his confidence in Mahkeal’s ability to do well in the tournament.

“We know he’ll come back with the big trophy because he’s been doing extremely well in the sport,” McGregor said.

Debra Parris, Mahkeal’s mother, was on hand for the check presentation.

“Mahkeal has been playing the sport at a very young age and after making his attempt at the barbershop, one of the customers recommended him to a retired police officer, the late Claude E. Petersen, and he started coaching him,” Parris explained.

Around age six, the barbershop was where Mahkeal picked up a pool stick for the first time.

“A pool table was in the middle by the barbers and one day, I picked up a stick and I just started playing,” he said. After that, “one of the barbers began to teach me from then.” 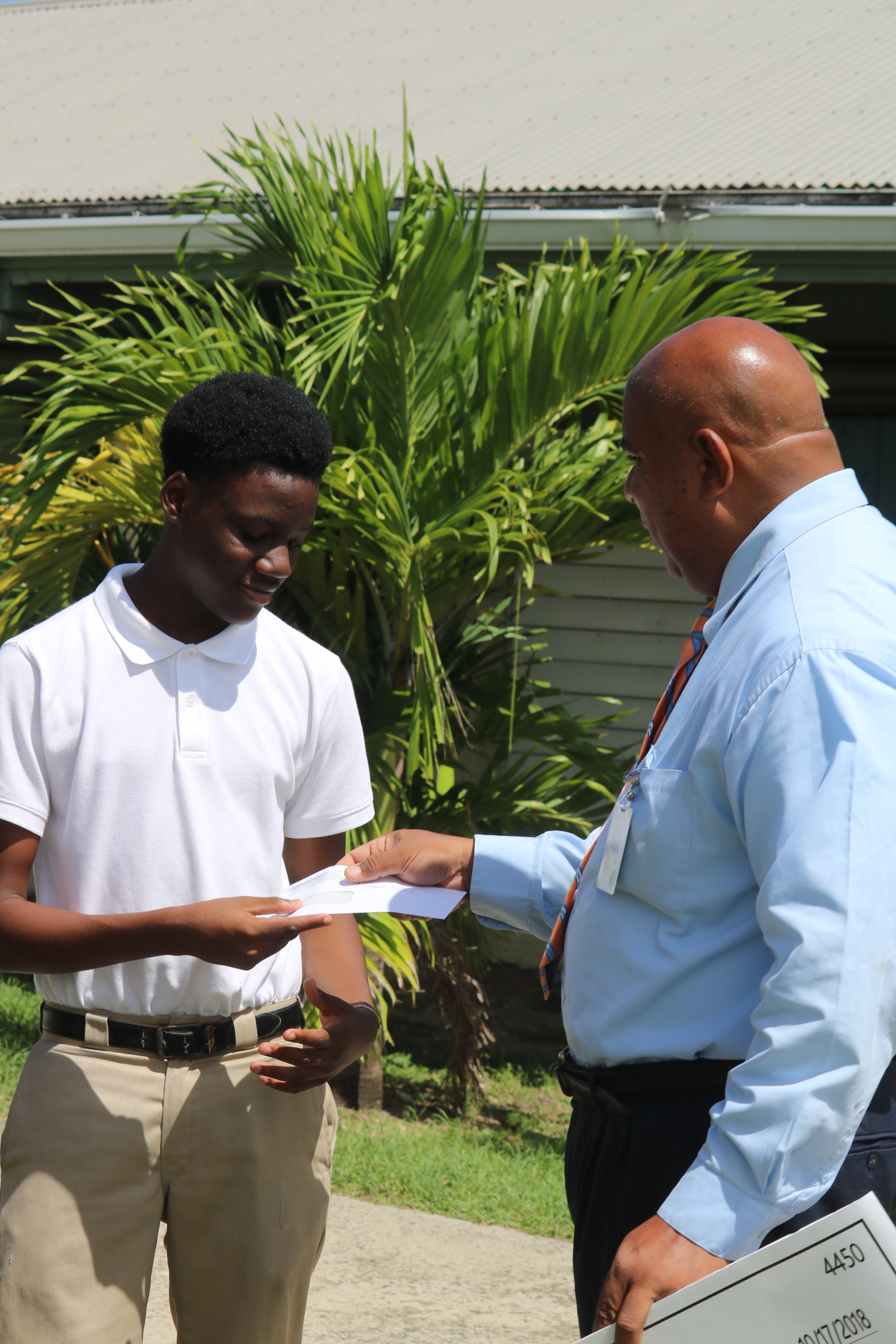 Parris highlighted some of her son’s accomplishments in the ten years he’s played the sport.

“He has traveled to many parts of the United States to compete with the Billiards Educational Foundation,” she said. In 2016, Parris pointed out that Mahkeal finished second in the finals, earning him a spot to compete in the World 9-Ball Championships held in Shanghai, China. In 2017, he placed fourth in the finals, making him eligible to participate in the 2018 Moscow games.

“I want to say thanks to Principal McGregor, his staff and the students of Central High School for making it possible by giving us this donation,” she said.

Mahkeal said being invited to play in Moscow came as a surprise to him.

“This is shocking to me because I wasn’t expecting to go,” he said. “The president of the organization called my mother and asked me to go. It’s overwhelming.”

Mahkeal expressed his gratitude to his mother and coaches Claude E. Peterson, Jerome “JT” Anthony, and Leona Edwards and for the support they have provided over the years.

“Without them, none of this would be possible,” he said.

Mahkeal will travel with his parents and coaches to Moscow on October 27 and return to St. Croix on November 5.